The end of the Victorian era saw much change as technology advanced, and modern conveniences had a liberating effect. With the introduction of electric light, going out for evening activities was not such a dark experience. This freedom affected many things, including jewellery.

It is in the Aesthetic Period that jewellers began to prioritise the beauty of ornamentation over symbolism. Art for art’s sake. The symbolism did not vanish, it never has, but it was no longer more important than the beauty of the art. 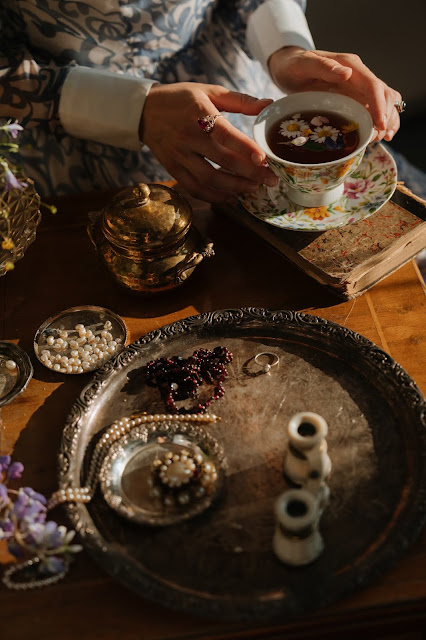 The Aesthetic period was a time of awakening and a time of appreciation. Some might also say the beginning of humanism. It was a time for casting off the stuffy Victorian ideals. It was an optimistic leap towards better things to come. Beauty was seen in natural things and there were more minimal graceful designs. The jewellery of this period reflects the positivity at the dawn of the 20th century.

High-End Jewellery: A Unique Perspective
Glam Up The Wedding Shopping!
Maang Tikkas-Rocks
A Brief History On How Eternity Rings Came To Be