Do you remember the last time you spent an entire day away from Instagram, Facebook, Twitter or Snapchat? If your answer is a profound no, well, do not worry because many are rocking the same boat. Today, it is hard to spend a day without the use of social media, thanks to the vast opportunities it offers regarding social networking and staying in touch with family and friends.

No technology is bad. A lot depends on “how” and “for what purpose” it is being used.

However, the question is- how much time spent on social media is enough? Furthermore, can something like social media which seems harmless be linked to mental illness? 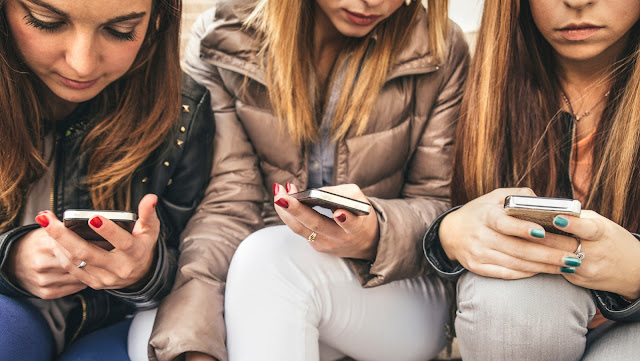 Unfortunately, the answer is a stern yes. Various studies have shown that young adults with a strong social media presence are more likely to display obsessive compulsive symptoms, personality problems/disorder, conduct problems, impulse dyscontrol problems, emotional problems, disturbed sleep-wake cycle, associated body aches and pains; while the extreme use of social media has been found to be strongly linked to mental illness. Excessive time spent on social networking and with electronic gadgets comes at quite a heavy cost w.r.t effects on mental and bodily health, neglect of other important life priorities and problems in relationships. It also absorbs a lot of time that could have been spent on meaningful constructive activities and pursuing meaningful and creative hobbies.

Several studies have proved that social networking can have negative effects on your wellbeing. Researchers evaluated the social networking usage over a fortnight and discovered that individuals who frequent these websites have more negative thoughts. It was observed that they experienced negativity in their everyday activities and displayed incurring higher levels of displeasure with their life overall.

According to research conducted by the Royal Society for Public Health (RSPH). Social networking platforms that focus heavily on images, can lead to feelings of low self-esteem as individuals compare themselves to others.

Though social media offers multiple ways to keep in touch with people, it gives rise to loneliness. According to a study, 35% of the people aged 45 and older were found out to be lonely. Moreover, 13% of these lonely individuals felt they were unable to form deep connections with people over the Internet. In fact, they might even be spending less time on activities such as pursuing a hobby, getting involved in organisations or volunteering. Moreover, researchers are calling this behaviour a loneliness epidemic — which not only shortens life span but can also lead to problems like obesity.

Now that you know how excessive use of social media platforms can take a toll on your mental health, it is the time that you find a balance to relish what social media has to offer without having it take over your mental state and life. Over time there have been major advancements in the field of Biological Psychiatry in India, with successful treatment options for varied problems and disorders of the mind. For instance, as one of the best neuro hospital in India offering excellent Psychiatric services, Max Healthcare specialises in the treatment of mental health problems and de-addiction services, where they appropriately examine, advise and treat you.

How To Improve And Protect Eyesight Without Glasses
Do You Want To Improve Your Health As You Sleep?
5 Healthy Habits Of A Beautiful Woman
BENEFITS OF SALT WATER GARGLE