Beautiful Madhuri on Ramp:
You know what gals; I am a diehard fan of Madhuri Dixit. I have always seen her as my role model & she is my all time favorite since childhood. She is one of the most beautiful woman on earth and have looks to die for. With such a mesmerizing 200 watt smile that can take anyone’s heart away, she is without a doubt the super star woman of bollywood. Though I am not a guy, but in case I would have been a male, for sure I would have proposed and got married to her (off course if she would have allowed and said yes ;))
Few years ago it was a very sad and heart breaking news for many of her fans all around India and world (including me), when she went abroad with her husband Mr. Nene. Many of us were in dilemma and confusion that when will she come back and will again start working on silver screen as her return was very unclear and doubtful.
But now she has come back to India and again stealing the million of hearts with her ravishing style and charismatic beauty. I love the way she carries herself, she looks chic in each and every outfit what she wears. She always manages to look uber classy, stylish, sexy and simple at the same time.
She has appeared on the ramp for the PC Jewellers at IIJW 2012 finale in a beautiful stylish and elegant black gown. 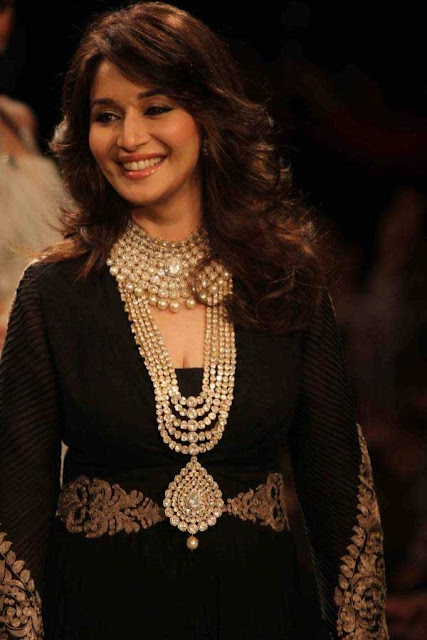 I loved this dress as the dress’s flayers, color combination used and the jewellry used along with gown was simply beautiful.
The jewellry by PC Jewellers was a cherry on cake with a minimal makeup look and open curly layered hair style is a complete beauty package rapped on the goddess of beauty Madhuri Dixit. 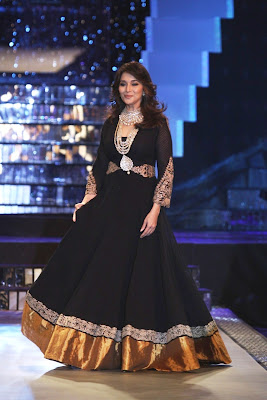 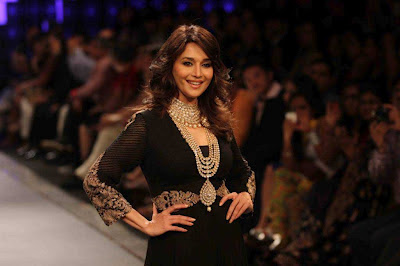 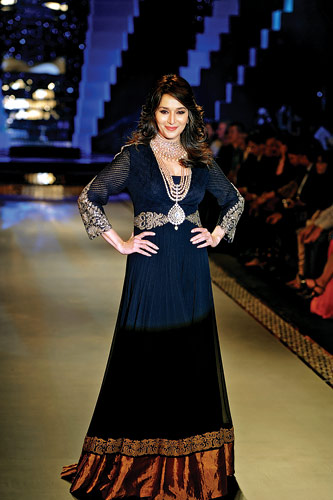 This style is an absolute yes for an evening party look which would surely turn the heads and will leave the tongues staggered out.
In an another look in which madhuri was spotted earlier was a show of designer Anju Modi Wearing a cream embroidered lehenga, black blouse and red muslin dupatta,  Madhuri Dixit transformed into a devi for designer Anju Modi’s Bengal-inspired collection at the PCJ Delhi Couture week on Day 3 July 2012. 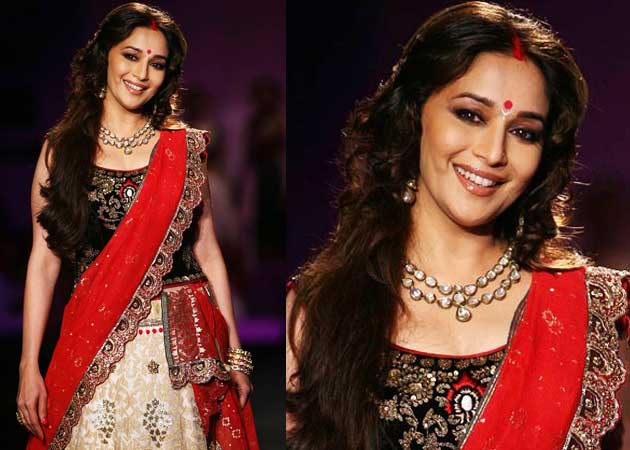 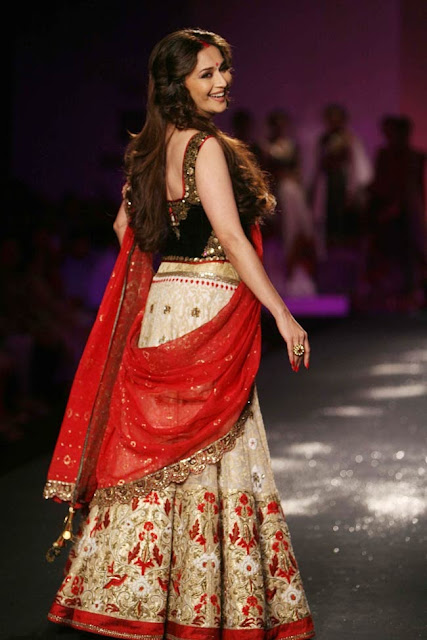 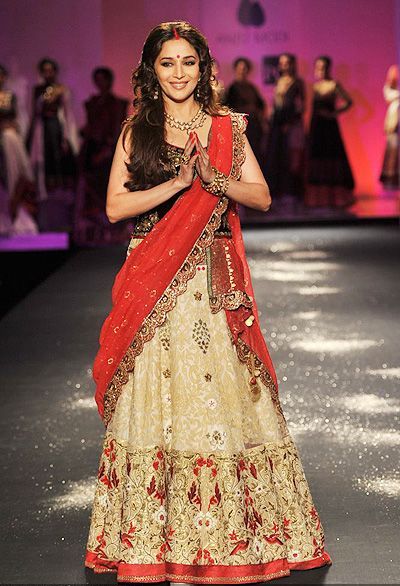 It was an Indian woman look with sindur in the maang . This red, black and cream colored lehenga is best for any wedding party and other Indian rituals and festivals. Hair is opened with ravishing look with very light Indian jwellery.

So gals what’s your opinion about these dresses and my favorite star Madhuri Dixit?