Fiction is wonderful because it exposes us to alternate lives and realities that it can be nice to escape into. Indeed, several great figures in literary history have remarked upon the idea of literature allowing people to live (in some sense) multiple lives. Perhaps most recently, Game Of Thrones author George R.R. Martin, through one of his characters, said, “a reader lives a thousand lives before he dies.” This is true of reading, and perhaps true of more modern forms of fiction as well.

At the same time however, fiction can alter how we view our actual lives, and it can shift our expectations in ways that aren’t always helpful. This may be truer with relationships than anything else. This is by no means an argument that fiction should be avoided or taken less seriously – but it’s important to recognize ways in which it can change us. 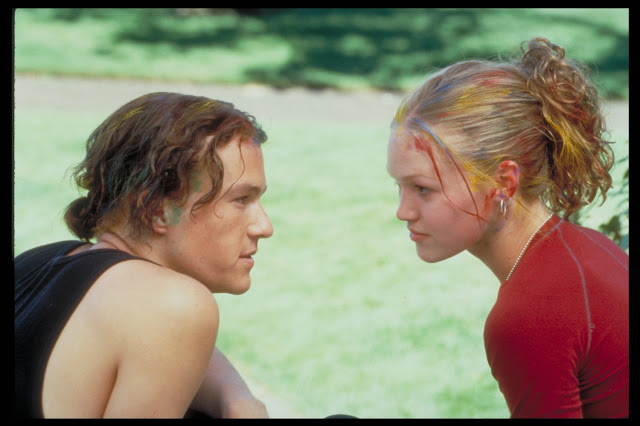 We Only See The Highlights


A real relationship is one where you take out the garbage, pay the bills, and talk about your kids. So says a clinical psychologist quoted in an article at Mic about how romantic comedies skew our expectations. This is something we don’t usually think of while we’re watching films (or reading books), but it’s a perfectly valid point. Usually, fiction focuses on the journey toward love, or the culmination of an attraction. We see the highs and lows, and the “honeymoon period” more than anything else. Seldom do we see the day-to-day activity – the little things that make up every moment when you truly share your life with someone. Thus, if we go into real life relationships with expectations based on fiction, these little things can seem bland or unnatural, or even unfulfilling.

As mentioned just now, we see the highs and lows of relationships, rather than the in-between, when we watch fiction. Part of this is that we also don’t see much in the way of everyday conflict resolution. Certainly we see couples overcoming major obstacles, and confronting issues that might otherwise break them up. But because these are the only conflicts we tend to see, it can be easy to get the idea that relationship conflicts in general are decisive. In other words, fiction can give you the idea that an argument or disagreement with a significant other is always going to be a tipping point – that the relationship will either be saved or destroyed. This is of course not the case in real life.

Think about some of the most “beautiful” figures not just in Indian films but in Hollywood as well – the men and women projected to the entire world as being “desirable.” Indeed, look at a single genre. Wonder Woman was hailed as a feminist triumph, and yet Gal Gadot is an extraordinarily beautiful woman; as powerful as the film was for young girls, it ups young boys’ expectations of beauty or perfection in women. Then consider the modern Superman, Henry Cavill – a handsome sculpture of a man. He has become perhaps even more marketable over the years, appearing in multiple films as well as an internet game based on Man Of Steel. It loads a slot reel with logos of the film’s real characters and actors, and even there Cavill’s muscular frame nearly pops off the screen. These are only two examples, but it’s a consistent issue that fiction teaches us to expect sensational beauty or unrealistic physical features in matches.

As a final point, fiction also teaches us (and primarily women) to expect grand romantic gestures from significant others. This ties in to some extent with the idea of conflict resolution addressed above. The main conflicts we see in fictional relationships are significant in nature, and thus require grand gestures like these (apparently) to be solved. A couple years ago Buzzfeed even did a list of 31 grand romantic gestures that “gave you unrealistic expectations for love,” pointing to famous scenes like Heath Ledger singing on the bleachers in 10 Things I Hate About You, or John Krasinski playing a video montage of falling in love for Jenna Fischer in The Office. On the one hand, these scenes give us a level of passion to strive toward. It’s certainly nice to believe that someone you love could go to such lengths to prove his or her own love back to you. But that level of love and interest can exist without the cinematic gesture so many of us have come to expect.

7 Ways To Inspire And Be Inspired In Life
INFLATABLE ZONE: An Online Portal To Cater To The Needs Of Inflatable Products
The Ultimate List Of Best Baby Shower Themes
A Quick Checklist for Moving House