Well guys are not so very complex creatures like women and you need to understand them well before you get start dating them. They like some things and they don’t like some things and knowing them all in advance help you present a better part of you in front of them. So here we will discuss about some things that can turn out to be huge turn offs for guys. 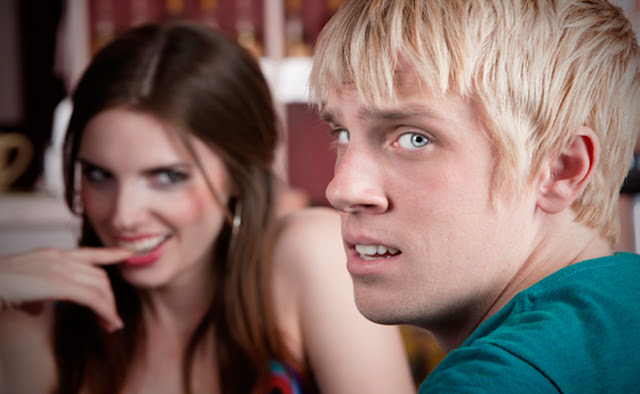 Well they don’t like bossy behavior and they certainly won’t be pleased with you if you do the same. They want you to be caring but don’t tell them each and everything that they must do. This really pisses them off and they might even walk out of the relationship because of it.

Men like women who are independent and not who ask them each and everything. They like women who can take decisions on their own and figure out things like they want. If you seek an advice it is always welcome but if you want to know each every time what color of shorts you should wear, that might take a toll on your guy.

Well, men like women who has an opinion and not women who just say yes to whatever their guy says. Men love to have conversations and that can only happen if you have a stance and take a stand for something, so stop playing dumb every time he starts a conversation.

Guys Hate Girls Who Are Rude:

Well it is not that you cannot be upset or you have to be chirpy all the time, but guys don’t like girls who are rude with people, when they are out with other people. Guys love girls who are pleasant and who talk to people normally. They never like girls who show useless attitude all the time. Well just remember even if you are sad/ angry you don’t have to take out your anger/ sadness on other people. Men like women who can avoid being rude.

Well if you want your men to do something, they like being told what you want right away. They basically are anti-signal and do not at all get pleased with these signal games and if you are sending them mixed signals you surely are the one who will bear the bullet of their anger. They get all pissed with mixed signals, so remember girls no mixed signals.

Too Easy Or Too Hard To Get:

Men hate both things, they hate it even if you are easy to get and just drop into their lap and also hate it if you are just too hard to get. Men generally don’t like trying a lot and they want something which is in between. So you need to maintain the balance and keep them interested by slowly loosening your grips on the rope.

Men are anti-gossip. They don’t like to talk shit about any and every one. They hate it when you keep ticking the gossip clock and they have to hear all the shit. So it is better and majorly suggested that you keep you gossip talk to girls as the guy will either not listen to you or you might end up fighting after the session is over.

Doing Too Much Make-up:

Men like originality and they don’t like women who put up tons of make up so keep that in mind.

Being The No Pay Queen:

Well you might consider it as chauvinism and consider it the duty of the man to pay the bill all the time, but men hate women who never offer to pay the bill. Yes this is true and you must never do that. It sends the wrong signals.

If You Try To Change Him:

That is the worst thing that you can make him feel and when he does feel that you relationship is not going anywhere. So don’t even commit this mistake. If you want him to do something just tell him politely what you can and don’t keep on saying it again and again. This might piss him off completely.

FacebookTwitterLinkedinPinterest
Tags: Bollywood Celeb Fashion fashion Style Things Girls Should not do To Keep Their Love Relation Strong or Healthy Turn offs for guys What girls should avoid doing to keep their men happy what girls should do to maintain a good love affair what men do not like in women
Categories: Lifestyle Love and Relationships